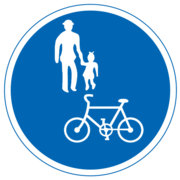 For anyone unfamiliar with the Transportation Issues thread, here is a link to it in the forum: http://transitionwhatcom.ning.com/forum/topics/transportation-issues-1. The thread contains many ideas, links to articles, and videos of interest to this group.

Here are a few of the major links contained within the Transportation Issues thread:

Posted: April 10, 2013 8:02:43 AM PDTPeople throughout Bellingham are invited to participate in an upcoming Open House and online survey. Public participation is critical to shaping the City’s plan…Continue

The WTA Board meeting on July 15th at 8am is open to public comments. The issues to be discussed are proposed service cuts (for example, no Sunday service).This is great opportunity for TW…Continue

Here is the material I mentioned at the April 22 meeting.The first doc is data from the first SocialData survey in 2007.  Werner Brog presented the results of the 2009 follow up survey at the City…Continue

I'm trying to get the ball rolling for some more pedal powered moves. When there’s an actual event planned it will go out on the TW calendar. Until then, I’ll be using this discussion asa means to…Continue

You need to be a member of Sustainable Transportation to add comments!

I'm looking for help tuning up my bike. It's in pretty good shape so it probably just needs the basics checked, oiled and tightened? Also a tire check up.

I'd like to do a trade if we can find something mutual.

The City of Bellingham’s Transportation Commission invites the public to a special presentation about walking & bicycling from 7-9 p.m. Friday, September 30, at the Whatcom Museum Rotunda Room, 219 Prospect Street.

Ms. Vanderslice has been a transportation reform activist for more than thirty-five years, with first-hand experience of bicycle and transit issues in addition to a deep interest in walking. "There are 100 reasons I love to walk, and here's one: Walking is how I do my best problem-solving. That seemingly simple act of putting one foot in front of the other, that constant fall into balance, that rhythmic grounding to the earth, loops in a part of the brain that's hard to get in touch with any other way," said Vanderslice.

She is a founder and past president of America Walks, a national non-profit coalition of local pedestrian advocacy groups, serving as its president for seven years. She has served on the Transportation Research Board Committee on Pedestrians and the Public Rights-of-Way Access Advisory Committee for the Access Board, and is a vice-president of the International Federation of Pedestrians.

Vanderslice has been a featured speaker on walking issues at more than two dozen conferences and events across the U.S. and around the world. She will be on her way to the international Walk21 conference in Vancouver, B.C.

Comment by Rob Olason on August 22, 2011 at 9:58am
350.org has launched a 2011 project set for 9/24/2011, called "Moving Planet" with a website at www.moving-planet.org. In Bellingham, a project has risen up called "Bike Bellingham" which will feature family friendly bike rides from ten city schools that will converge at the Bellingham City Hall flag plaza for a climate rally/info fair from noon to 2 pm. There will also be an advanced ride from the plaza to the proposed Cherry Point Coal terminal leaving at 2 pm. If you would like more information, go to facebook.com/350bellingham. I will be posting additional information here as I learn more. However, there is a need for volunteers to help the day of the event, with pre-event postering canvassing for sponsors.

Comment by Shannon Maris on February 4, 2011 at 11:05pm
Subject: HELP get bike lanes on Northwest/Elm/Dupont streets

Cyclists! Please Attend the Bellingham City Council Meeting This Monday!
Bellingham City Council is considering installing bike lanes on Dupont, Elm and  Northwest Ave to the I-5 underpass.  This could be one of the biggest bike projects ever in Bellingham.  But, it is not a done deal.  You can help make it happen.  Please come to the city council meeting on Monday, February 7th, 7pm for just 20-30 minutes.  Please arrive a few minutes early.

Hey, how about a little background?  Council has already voted to begin this process.  But there are challenges ahead.  The Public Works Department, which is responsible for designing and installing the project, will bring forward a design in March or April for a “stakeholders meeting.”  A strong show of support from the cycling community NOW, before the design is done, is critical.  There is no action for this issue on the council agenda this Monday.  We will show up in huge numbers, including you.  Only myself and one other need to speak at the open comment period (first thing) and then we all go to The Cabin or The Grand for a refreshing beverage and general merriment.
So, what’s our message to council?

Most importantly: our message is positive.  Our message has four parts:
Thank you for installing bike lanes on Cornwall Ave.;
Thank you for considering bike lanes on NW/Elm/Dupont;
Encourage Public Works to strive for a design that works for cyclists AND that works for the folks who live and do business on these streets who will see some change to their streetscape.  A good design could make this a win for everyone.   That’s why getting in the game early is so important.
The last, and most important, part of our message is unspoken.  That is:  there are a LOT of cyclists in Bellingham.  That’s why you are so important.
Only the two designated speakers should sign up and speak.  We don’t want to browbeat them or take too long, we just want to be very clear that there are a lot of us in support.  When the first speaker mentions the cyclists of Bellingham, put on your helmet.  A little theatre helps make the message stick.
I could write much more but, right now I just want to get this invitation and request for help out to as many people as possible.  Please spread the word to those cyclists who you think might come out.  If you have questions or want to talk about this effort please feel free to contact me.  I really hope to see you there.  We need you.          -Dan
--
Please contact me with questions:
Dan Remsen  BellinghamBikes@gmail.com

In case anyone hasn't seen this yet, here's a good article on successful bike share programs in the US:

Comment by David MacLeod on October 21, 2010 at 9:31pm
Blueprint for Transit Oriented Communities
Event Date: 10/22/2010
City Council Chambers @ Bellingham City Hall 210 Lottie St. A Futurewise Whatcom event Presented in partnership with Whatcom Transit Authority, Whatcom Smart Trips, Sustainable Connections, Downtown Bellingham Partnership and Bellingham Public Development Authority Speakers include: Sara Nikolic, Urban Strategies Director – Futurewise David Cutler, Associate – GGLO A Workshop for Planners and Decision Makers, and open to the public! The Blueprint workshop presents an image-rich vision of Transit Oriented Communities (TOC), provides research linking TOC patterns to numerous social and environmental benefits, analyzes station areas in the state, and lays out policy actions from the local to federal level to encourage more TOC patterns. It is anchored by a comprehensive publication “Transit Oriented Communities: A Blueprint for Washington State,” and provides an action plan for promoting neighborhoods that give people greater access to housing, jobs, shopping, and recreation without relying on a personal vehicle. Created by GGLO, Futurewise, and the Transportation Choices Coalition, the purpose of the Blueprint is to provide guidance and inspiration for communities large and small, and also to serve as an advocacy manual for new legislation that will promote exemplary transit oriented communities in cities throughout the state.