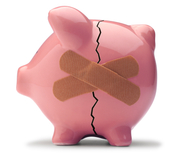 Initiative to start a public Washington state bank gets some press

Thought this article by Ellen Brown of Truth Out might be of interest to this group. "Bills were introduced on January 18, in both the House and Senate of the Washington State Legislature, that add…Continue

I am copying Katie's comment here first so that all comments related to this discussion will be together.Continue

Optimal personal finance management requires knowledge of the short and long-term economic trend.  How we allocate our life energy and resources individually and collectively will affect our quality…Continue

You need to be a member of Personal Finance Workgroup to add comments!

Comment by Judith Culver on May 7, 2011 at 6:31pm
Hello, everyone!  If you have been waiting in the background for local investing, now is the time.  Check out the great website Caitlin has been constructing.  www.whatcominvesting.com    Under the "links" tab read all about the LION model developed in Port Townsend and transported to Madison, WI and soon to be arriving in Bellingham.  Mark your calendar for our next planning meeting June 5 and the first investors meeting on June 28.  This is your chance to be in on the ground floor.  Don't miss it!  We're going to have some fun.

Comment by Caitlin Quigley on April 29, 2011 at 12:23pm
Our next meeting is this Sunday, May 1 from 3-5pm at the WECU Education Center on Holly St in Bellingham.  See you all there!

“The End of Money and the Future of Civilization”

A message this weekend about another community capital event on the same day as this one prompted me to pull together the attached document to put all the events upcoming on this topic in one place.

We at Sustainable Connections have been keeping our eye on the topic of “community capital” and community-level finance development and the momentum is definitely growing!

There are six upcoming workshops and events about different forms of community capital and local investing put on by different groups - four are this month. The first one is tomorrow – a webinar focused on getting together a group of small investors to pool for restaurant or other food entrepreneurial businesses.

Diane- Here is the article about what Soros is doing to crash the dollar.The ruling elite are gearing up to crash the dollar. There is a near total media blackout on Soros meeting which is in a few days. He wants to end Bretton Wood and get the dollar removed from world reserve currency status and he wields an awful lot of political power.

Do you fully understand the implications of this and what the likely fallout from it will be?

I'm not trying to harsh anyone's mellow, its just that I have a certain perspective stemming from being the son of a US Navy SEAL.We've all got to realize that the Pentagon and Military are very actively preparing for a total collapse of the US Dollar and Martial Law.

As an outside the box thinker my take on whats going on right now stems from my having read every word of UN Agenda 21 (the 40 chapter document that came out of the Earth Summit in Rio in '92). When something happens in politics, it doesn't just HAPPEN, it HAPPENS because someone PLANNED IT that way....

So, what is going on right now that all of us need most to be aware of? Whats going on is a planned collapse of the US Dollar, but do you understand the goals and motives of the ruling elite who are BEHIND this?

My perspective stems from being the first person in the world to blow the whistle on the UN Codex International Threat to Health Freedom, which is to say, to the UN's efforts to block consumer access to vitamins and minerals within the therapeutic range and to the most effective dietary supplements. To learn more about me and my health freedom work, please watch this documentary filmwhich I am in- its narrated by Dame Judi Dench, the famous British actress who donated her time to help us make it. Politically, its bipartisanly oriented as you can see from the very balanced interviews done with two members of congress (Ron Paul on the Right, and Peter DeFazio on the Left)(Both men are of a like mind on this particular HEALTH FREEDOM issue)

Do you want to be genocided by the world ruling elite? I sure don't. While you are wasting time arguing over whether or not its "ecologically sustainable" to own gold or not, some people who are operating way outside your field of view are planning on crashing the system and killing one hell of a lot of people.

Look, I am a former volunteer fireman, a former LIFEGUARD. My intention in writing this here is very simple: I'm trying to SAVE LIVES. Want to pick my brain in real time on what I know? Call me at 800-333-2553 H&W. I'm in Point Roberts so don't get down to Bellingham very often, but I see a very big picture and I am an outside the box thinker. Any people down there able to offer me a place(s) to crash? I could come down more often then.

UN Agenda 21 is driving whats happening at Codex. If you value being able to buy the dietary supplements of your choice at the health food store you need to look at what I'm saying and start to grasp the reality of what I'm saying about UN Agenda 21.

Comment by Dianne Foster on March 30, 2011 at 2:16pm
John,
I would be interested in reading the article; can you attach it here? We're at crunch time now on the MYM event, but I'll get to it after finishing "Griftopia" by Matt Taibbi. I've considered other currencies, but most of them are tied to the dollar (I invested in a great socially responsible European fund a few years back, thinking the euro was stronger, then it tanked. My friend invested in a terrific Canadian fund that did the same thing, so don't know that there's any silver bullets. The problem with gold is the arsenic tailings ruin entire ecosystems and fish runs.) We are also interested in connecting local entrepeneurs with local investors, as another aspect of our group, and working on a state bank for Washington, with fair lending rates that profits our local public necessities. Please come to the MYM event and bring your ideas.

Comment by John Hammell on March 30, 2011 at 4:30am
Is anyone in this group talking about the wisdom of moving your money completely out of American banks? How about putting it into gold, silver, groceries, organic seeds, and barterable items? The plug is being pulled on the US Dollar. It won't be the world's reserve currency much longer. IMF is seriously looking at ending Bretton Woods. So is Soros who is holding a huge economic conference on April 8th full of his lackies for purpose of screwing us all. Theres been a near media blackout on this, but I have an article about it.

Comment by John Hammell on March 27, 2011 at 10:05am
Hope I'm not the only one here who doesn't trust mainstream media censorship of this information..... Soros is the biggest narcissist in the world, and he's holding a major financial conference on April 8th for the purpose of calling in all his lackies in order to screw us all by foisting off a new World Reserve Currency... Got Groceries? Know your neighbors? Putting in a Bigger Garden this year? Now is the time for everyone to move beyond petty political differences and to band together for sheer survival. Soros has said "The main obstacle to a stable and just New World Order is the United States." So he's got us, and the dollar, in his cross hairs.... If that isn't a good reason for more local currencies to spring up as a buffer against this mad man I don't know what is!!! See http://www.mrc.org/bmi/commentary/2011/Unreported_Soros_Event_Aims_...

Comment by Dianne Foster on February 13, 2011 at 11:20pm
So far, what we have is Saturday April 16th, 1-4pm, short movie,  2 possible speakers, panel of local credit unions and community banks to talk, and then people can pick up "change kits" to actually move their accounts.

Did I hear correctly that there is a "Move your money" talk coming up next month? Is there a date and time set?