For the TWOG we look for an excellent diversity and a great mix of skills, as per the "mandate" from the following paragraph of the TWIG to TWOG document:

"Organizational Core Group: A group made up of TW members selected by their peers through an application process. The Core is to be made up of 8 people - the intent is for a balance of representation - at this time we will focus on urban and rural, male and female, elders and youngers. At a later time the Core Group and Council may decide to seek a broader spectrum of representation as the priority." 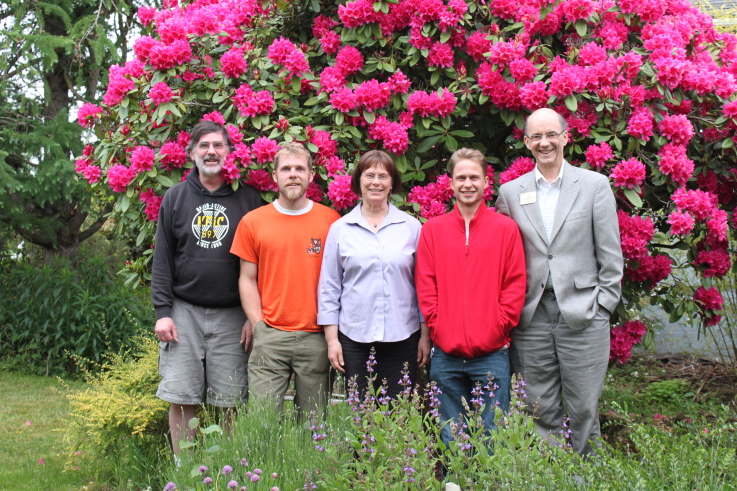 One version of the TWOG: From left to right:  Warren Miller, Paul Kearsley, Emily Farrell, Kyler Boyes, and Tom Anderson.

Warren Miller
As a filmmaker, consultant, and an engineer, Warren brings many skills to the TWOG, including: organizing, writing, communicating, marketing, fund raising, public speaking (many conferences and training sessions) and hard working.  Warren did camera work for Transition Whatcom's Great Unleashing, and also participated in the TWIG to TWOG organizational process.

David MacLeod
One of the original co-counders of TW, David has been concerned about Peak Oil and climate change since seeing The End of Suburbia in 2004, and has been following the Transition movement since it began in the UK in 2005. He initiated and on served on the local Energy Resource Scarcity/Peak Oil Task Force for the city of Bellingham and Whatcom County.


Next Page: The TWIG