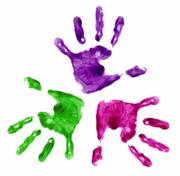 We are a community of entrepreneurs, freelancers, consultants, telecommuters, and other location-independent workers who seek to brainstorm, collaborate, or simply hunker down and work alongside one another.

The truth about Watergate and Nixon

Did you know General Alexander Haig was the real deep throat (FBI boss was also a deep throat, but to a lesser degree) and he set up the events that led to the catching of the Watergate burglary?…Continue

You need to be a member of Coworking Community to add comments!

I am looking to start an intentional community

But the members have to agree they will only have one child or twins and believe we need a US law that requires a law stating so.  And who believe our US Governments can not stop global warming and we are doomed.

I also require those seeking to join our tribe, is they answer a questionnaire which I have posted on this Transition Whatcom website.

I have some money to invest and by pooling our money we can purchase enough land to sustain and grow our political economy.

I started a Facebook page but FB disabled my account for some goo damn reason for 30 days, but its been longer than 30 days.

We are in a war on science.     Over population is one of the big problems.

People for a new investigation of 9/11

We live in a dynastic oligarchy made up of some 47 super rich kings and some 130 billionaire princes who rule for the most part and own the main stream news media. The June 2020 homeless count found 66,400 people living on the streets, in a shelter, or in their cars and in LA, up 12.7 percent.

Take away the wealth of the super rich

Rob Hopkins had an interesting interview with Michael Shuman, author of "Going Local."


A Rob Hopkins Interview with Michael Schuman: If We're Serious About Localisation, "All of us have to go to business school"  (Transition Culture)

"I was honoured last week to be able to interview Michael Shuman, who has long been one of pioneers of thinking on the question of localisation. It was a fascinating conversation…

My last question is, in order for Transition Towns projects to take a step up and make this happen….what skills and what abilities to we need to learn, bring on board? What tools and resources do we need to move forward?

I would say two or three things. The first is I think that all of us have to go to business school. We have to realise that even if we’re going to be advocates of local economies, we have to be those economies and model those businesses that we want out there and prove concept wherever possible.

The second thing is it is the political majority, the listening….rather than trying to beat those on the right that people just instinctively distrust, I think it’s about embracing those with different political views and finding the right ideological and philosophical mix that gets us from here to there.

I think the last piece is seeing ourselves as part of the problem. Our consumption dollars, what drives the system, our investment dollars provide the foundation for the system. The more that we can create alternative systems by channelling our consumption and investment and convince others these are great ways of living, and consistent with what we’re trying to achieve long term, I think that’s the way we’re going to succeed."

Comment by Heather K on December 31, 2010 at 1:04pm
Hey Renata!  Can you add me to your email list for meetups for Co-working Community?   I rarely sign on to facebook so I don't get the invites that way.  It would be great to hear an update of how things have been going, and have a post here with the days we gather.

Comment by Renata Beata Kowalczyk on July 19, 2010 at 12:01am
I will be signing off for two weeks to spend time at the Vipassana silent meditation retreat. Our next coworing gathering is on August 5th at 3PM, Bloom...

Comment by Jamie Jedinak on July 6, 2010 at 7:55pm
Hello ALL, You can go to the kiddy play area where the water is, they have tables there and we can BBQ there too. Hopefully there will be space!!!

Comment by Renata Beata Kowalczyk on July 6, 2010 at 3:13pm
It will be great to see you this Thursday! i plan to go to Cornwall from Bloom. Where we should tell the group to meet at the park? I don't know it to point to a good gathering spot. Would you be willing to pick one and post on the Community Living page?

Comment by Renata Beata Kowalczyk on July 6, 2010 at 8:22am
Had great time yesterday discussing options for coworking space....our next two gatherings are on July 8th and July 15th, both at 3PM at Bloom...

Our next coworking is on Monday, 7/5 at 11Am at the Lettered Streets Coffee House...

Comment by Renata Beata Kowalczyk on June 29, 2010 at 9:30am
At yesterday's coworking gathering at Lettered Streets, five of us came to gether in conversations about using the Gross national Hapiness Index to drive our personal, business, comunity and educational decisions. A juicy and inspiring conversation....Next gathering this Thursday at 3PM @ Bloom, followed by Monday, July 5th at the Lettered Streets at 11AM.