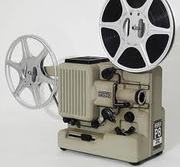 The Blaine Icelandic Heritage Society is hosting a free showing the Icelandic documentary Dreamland (2010) at the Blaine Public Library at 6 pm on Thursday, March 8.

Dreamland explores the environmental, social and political consequences of the largest construction project in Icelandic history: creating a giant hydroelectric dam, flooding thousands of acres of wildlife habitat in order to provide cheap electricity for a new smelter.

The film explores the impacts of this decision to harness cheap, clean energy for large scale industrial operations. According to the Andri Snaer Magnason, the film’s director, this epic project which created the largest hydroelectric dam in Europe has left the small nation with a huge debt and is jeopardizing the country’s economic future. He adds that Iceland is “a nation with an abundance of choices,” but through the efforts of the national government searching for more employment opportunities, the nation gradually became “caught up in a plan to turn its wilderness and beautiful nature into a massive system of hydro-electric and geothermal power plants with dams and reservoirs.  Clean energy brings in polluting industry and international corporations. It’s the dark side of green energy.”

For more info including a link to the film’s trailer go to www.blaineicelanders.org.