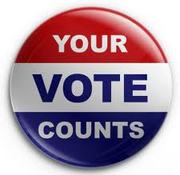 We will host candidates for Whatcom County Executive (Doug Ericksen and Jack Louws) and Mayor of Bellingham (Kelli Linville and Dan Pike).

This will be an opportunity to ask questions of candidates that are important to Transitioners.

TW is not a political organization and does not intend on endorsing any candidates.*

TW sees a real need for a reduction in political rhetoric and an increase in cooperation. We don't pretend to have all the answers (see our Cheerful Disclaimer), and believe solutions will come from across the political spectrum as we come together as a community to find local responses to big picture problems.

TW believes that between climate change, resource limitations and economic instability there is a high probability that as a community we will face challenges in the near term.

TW believes those challenges can only be dealt with through greater cooperation than we currently see in the political arena and are very interested to see how the current candidates interact in the arena of cooperation.

Each candidate will have 3 minutes to provide an opening statement. All participants will be provided a list of comments and questions in advance. We will start with some selected questions from this list. Following this we will open it up for questions from the floor.

Volunteers are needed for this event. If you can help, please contact Tom Anderson at tomxyza@comcast.net

*From the TW Guidelines: "...in regards to any issue, personal philosophy, theology, political persuasion and moral conviction, Transition Whatcom is (and we hope will continue to be) made stronger and more effective by being comprised of individuals with a wide diversity of opinions and beliefs. If you are involved with Transition Whatcom, come prepared to work shoulder to shoulder with people who may be very different from you in some or even many ways."

The
best way to ensure the Social Security program’s long-term solvency is to lift
the ceiling on income subject to Social Security payroll taxes (now $106,800.)
We need Medicare for all. Medicare has lower administrative costs than private
insurers.

We
should tax carbon-based fuels, and divide the revenues equally among all
Americans. It’s the best way to get us to switch to non-carbon fuels, and
stimulate research and development of them. And by dividing the revenues, the
typical American would come out ahead even though some prices would increase.

Source:
Robert
Reich on the Economy

SOME UNKNOWN HISTORY OF
THE U.S.

Sept. 13, 2011: Former Co-Chair of
the Congressional Inquiry into 9/11 and former Head of the Senate Intelligence
Committee, Bob Graham called for a new 9/11 investigation.

The World Trade Center buildings collapsed
was due to controlled demolitions

The false federal indictment and imprisonment
without a trial of CIA contract agent, Susan Lindauer   SEE

People
who want a new investigation of events of 9/11

Fixing the economic mess we are in:

We
need Medicare for all. Medicare has lower administrative costs than private
insurers.

There
should be a 2 percent annual surtax on all fortunes over $7 million. This would
only hit the richest half a percent of Americans at the very top of the heap.
And would yield $70 billion a year – enough to improve our schools and make
college affordable to everyone.

I request your
endorsement and it doesn’t matter to me where you live.

I believe that in order for the
citizens to know who they really are, public officials and candidate must speak
up on all issues, not just local and state issues. Some national issues go to
the very heart of who they are.

1. We need to add a statement to the Democratic Party
platform "Human evolution is a fact." Why? It is because it is the
duty of honorable citizens to speak truth to witch-doctors who run for office.

2. Population growth is a problem.

3. We demand the prosecution of Bush et. al. for high
crimes and war crimes.

We need to
re-name the Reagan airport after William E. Dodd.  History matters.

William E. Dodd, was the US ambassador to
Germany starting in 1933. He repeated requested  to his bosses back at the State Department to
allow him to make one sort of protest or another regarding the Nazis’ treatment
of the Jews.  Invariably, his requests
were denied.

The Nazis paid
attention to their image in the United States. They never abandoned their
penchant for violence, but early on they sometimes moderated it and always lied
about it.

Where I stand on all the issues - also called
a platform

Background of why I stand on issues:

Both parties are not rotten in
quite the same way.

The necessity of helping the sick and the poor.

Proverbs 3:27
instructs those to not withhold goods from the deserving when it's in their
power to do so.

Jesus defined the Christian's role of aiding
the needy in Matthew 25: 35-41 and speak out against religious
hypocrites in Matthew 23.

The idea of wealth redistribution isn't new -
Luke the Apostle actually advocated for it in Acts 4, in a passage

Comment by David MacLeod on October 11, 2011 at 9:37pm
FYI, see my Forum posting here for a listing of some of the questions that will be asked, and for relevant background information (link to the Energy Resource Scarcity/Peak Oil task force report, etc.)

Comment by Kate Clark on October 11, 2011 at 3:56pm
I encourage LOTS of Transition people to attend- we need to show these candidates that there are a large number of citizens who are concerned about THESE Issues!  If only 20 people show up it gives the message that resource depletion is a "fringe" issue that very few constituents take seriously.  So PASS THE WORD!

Will Focus on Community Challenges Related to Energy and Economic Instability

Transition Whatcom, a local grassroots organization, will host a candidate’s forum to give the public a chance to hear the County Executive and Bellingham Mayoral contenders’ thoughts about energy-related issues that the group believes may challenge our communities in the next few years.  Specifically, the candidates will be questioned about their plans for reducing greenhouse gas emissions as well as their thoughts about adapting to possible climate change related impacts; how they intend to manage the effects of rising energy prices on government and services; and their thoughts about how Whatcom County and Bellingham can remain relatively economically stable in spite of global and national economic volatility.  Most importantly, the candidates are invited to discuss how they intend to cooperate with other elected officials to address these and other problems.

Transition Whatcom is not a political organization and does not endorse any candidate or platform.  However, many members are concerned that between climate-related changes, resource limitations, and economic instability, societies are likely to face some serious challenges in the near term.   The forum will include opening comments from candidates, and moderated questions from a list previously provided to them, and will conclude with open questions from the audience.   The forum is intended to allow candidates to discuss their policies and opinions about these issues and how they plan to collaborate in solving them.  It is hosted by Transition Whatcom under the assumption that solutions to any critical big picture problems will require solutions from across the political spectrum.

The forum will be held at the Whatcom County Council Chambers at 311 Grand Avenue in Bellingham, on October 14 from 7:30 to 9:30 pm.  The general public is invited. For more information contact Tom Anderson at 739-1968, or Tomxyza@comcast.net.

Transition Whatcom is a grassroots network of individuals, neighborhoods, and local communities who are working to significantly reduce individual and collective energy use and dependence while providing for basic needs in times of energy scarcity and economic instability.  The group operates under the assumption that even though energy use will decline, the resulting changes, if well-planned, may result in a greater sense of community well-being and purpose.

Comment by Angela MacLeod on October 6, 2011 at 12:30pm
I'd like to see the candidates demonstrate how they would work collaboratively on the issues facing our county, rather than hear them debate and argue.