Just last June, President Obama renewed his pledge to pursue green jobs and a "clean energy revolution," while speaking at a General Electric plant in North Carolina. To many observers of the president’s energy policy, those words played like rhetorical theater, considering his administration had just approved a massive expansion of coal mining in Wyoming.

That increased production, worth billions to the coal industry, would also mean a significant increase in the United States' annual carbon emissions.

Most of the coal would be burned in domestic power plants. And while coal fired plants have been all but phased out on the West Coast, some business and political interests in Washington state are hoping to tap into that revenue stream by shipping coal to an energy hungry China. Residents of one small city in Washington, who could use the income created by such an endeavor, are nevertheless trying to thwart the plan.

In a classic battle over resources and industry, the Northwest city of Bellingham is fighting the proposed construction of what would become the country's largest export terminal, roughly twelve miles north of town. Dubbed "Gateway Pacific" by Seattle-based port operator SSA Marine, the new facility in Northern Puget Sound would manage up to 48 million tons of coal a year.

Recognizing the dangers from burning coal, Washington has effectively banned the construction of coal-fired plants and its only working plant will power down by 2020. But if the port is built, trainloads of coal from Wyoming and Montana will be shipped to China and incinerated there, exacerbating the global warming that regulators intended to curb. Equally self-defeating, the mercury laden pollution would drift in the Pacific jet stream, only to land in the watersheds of the Pacific Northwest and California. 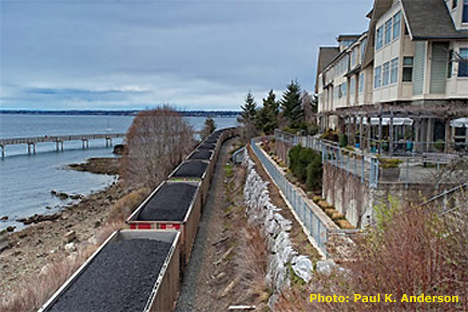 Environmental impacts are now being reviewed, and Gateway Pacific has lined-up some formidable allies. US Representative Rick Larsen has been a  vociferous booster, saying the project would “make US companies more competitive in the global market and create hundreds of local family wage jobs.”

Though Washington Governor Christine Gregoire recently maintained neutrality, last summer, her chief of staff wrote in an email, “The SSA proposal fits very well with our export initiative as well as President Obama's.” And last fall, the director of Washington’s Department of Commerce reported that Gregoire sought to simplify the regulatory process and advance the project.

No question; Washington needs a fix. Like many states, its coffers have dwindled to the point that the Gregoire and the state legislature have cut every social service and educational budget they can. But are we so mired in our struggle, so steeped in our fears that we need to detour from the pursuit of alternative energy and schlep coal?

A parallel story continues to play out in West Virginia, where mountaintop coal mining posits environmentalists and health officials against miners and coal companies. While the debate cannot be simply cast as "jobs vs. the environment," at issue is whether generating power and job growth is worth the wide-ranging affects to human health and the ecosystem.

Are these microcosms for the corporate energy model? Wooing support by promising jobs while riding roughshod over the environment and the public interest?

The battle in the Northwest is certainly part of the national dilemma over whether to export our resources at a time of economic crisis.

Bellingham, a seaport town surrounded by wilderness, has become the latest test case and is not going quietly. Amid mounting opposition from environmental groups, local businesses and concerned residents, Bellingham’s Mayor has vowed to fight the coal port, concluding, “Our welcome mat for responsible corporate and small business remains out, but we will not sacrifice our health, safety and quality of life to lure them here.”

The backlash has predictably drawn the ire of conservative business interests. One area seafood exporter derided environmentalists for attempting to derail the coal train. "The elitist not-in-my-backyard mentality will prevail," he projected. "Folks will be left standing in their Birkenstocks wondering where all the jobs went."

Yes, we desperately need to create employment in this stagnant economy, and SSA Marine touts roughly 1,500 high-wage jobs will be awarded at start-up. But at what cost to an already challenged ecosystem? The location for the port is a sanctuary for a struggling herring population, a keystone food source for endangered Chinook salmon, which is the main diet of the remaining 88 endangered orcas of Puget Sound.

And once the two-year construction phase is completed, what impact will 90 remaining dockworkers have on the economy? Gateway also forecasts it will generate 10 million dollars in annual tax revenue, a paltry sum in contrast to the billions the company will reap.

Perhaps the whole debate over exporting coal might be rendered moot, based on a study published in February by the New York Academy of Sciences. In its “Full cost accounting for the life cycle of coal,” the authors note that recoverable reserves of U.S. coal could be far smaller than previously thought, and that “the planning horizon for moving beyond coal may be as short as 20-30 years.” If that’s accurate, that we’re approaching “Peak Coal,” maybe we ought to keep that resource here at home for our own energy needs, as we make the critical transition to cleaner energy models and a greener economy. 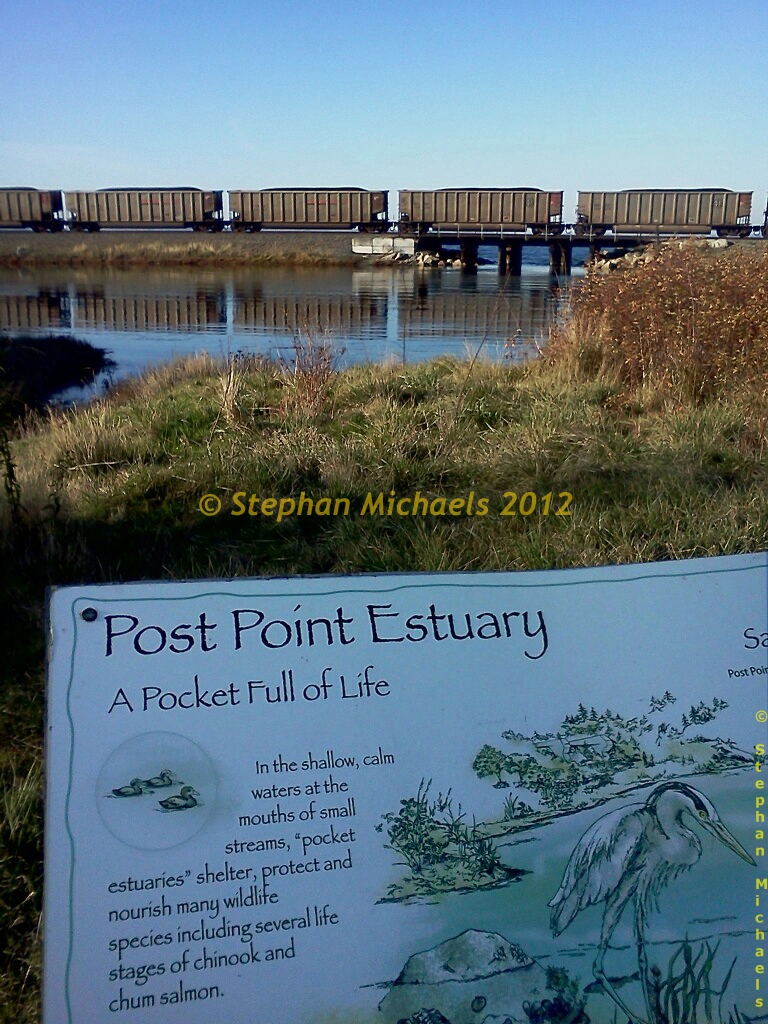 Stephan, thanks for sharing your blog posts here - good stuff!  And a great photo at the end that really tells the story!