Initially there was a "problem"...too much water in the landscape. And I wanted to get rid of some of this water so we could expand our growing season on better drained soil. Through this process of designing and creating swales I've changed my perspective and don't see the water as a "problem" to be exported. Brian has taught that it's more a matter of working with the resource in a way that maximizes it's many attributes through gently shaping it's expressions in the land. At the same time I've learned about more than just the water in our property. We looked at all the relationships between the water and the other aspects of the land-life. Perhaps this is an important metaphor, to take what appears to be a problem and reframe it as a resource with attributes that to be engaged.

I've learned that the excess water also carries nutrients. So to divert or shunt it off the land quickly would also lose out on the nutrients it carries. Making swales in a more winding path through the property slows it down and retains more of the nutrients, distributing them through the soil-life-web and to the plants.

The swales spread and sink the water as it moves through the land. We have intensely compacted clay soil here just under the top soil. In breaking up some of that clay and creating sink holes and hugelculture, we help the water sink below the topsoil thus giving better drainage for the growing beds. At the same time that water is then stored in the spongy hugelculture and sink holes to be reabsorbed by the beds above when there is  less precipitation (summer).

We've learned about the elevation changes in our landscape and the soil compositions in the area we worked. It's so interesting to see the color and texture changes as the ditch for the swales was excavated. It made a lot more sense why the top soil was so soggy for much of the year. The water would sink down through the top soil and hit that compacted clay and would just sit there being held in the topsoil unable to sink deeper. Or it would just slowly sheet over the clay layer, through the top soil and eventually go to the low point (becoming a pond in the really wet season).

Having access to a topographical map of the elevation contour lines on our property, as well as the adjacent properties, allowed us to see where water comes from in addition to the direct rain water from above our land. Where the elevation is higher next door, we could assume that we "inherit" some of the neighbors' water. We took this into account when determining where to put the swales and the hugelculture.

Swales create more edges. There is more diversity of life on all levels at the edges, where one aspect meets and relates to a different aspect. Swales increase relationships between organisms, land and plants.

Curves. Almost all swales are curving in shape, because they follow the curving contours of the earth. To me curves are more interesting, energizing and beautiful than straight lines. Though this might seem like a trivial feature, it is super important to my soul. Since I started changing our straight lined boxed beds to curving raised beds I've felt a surge of energy and a change in my mood. This gives me lots more motivation to get out there and work (play), in the garden. 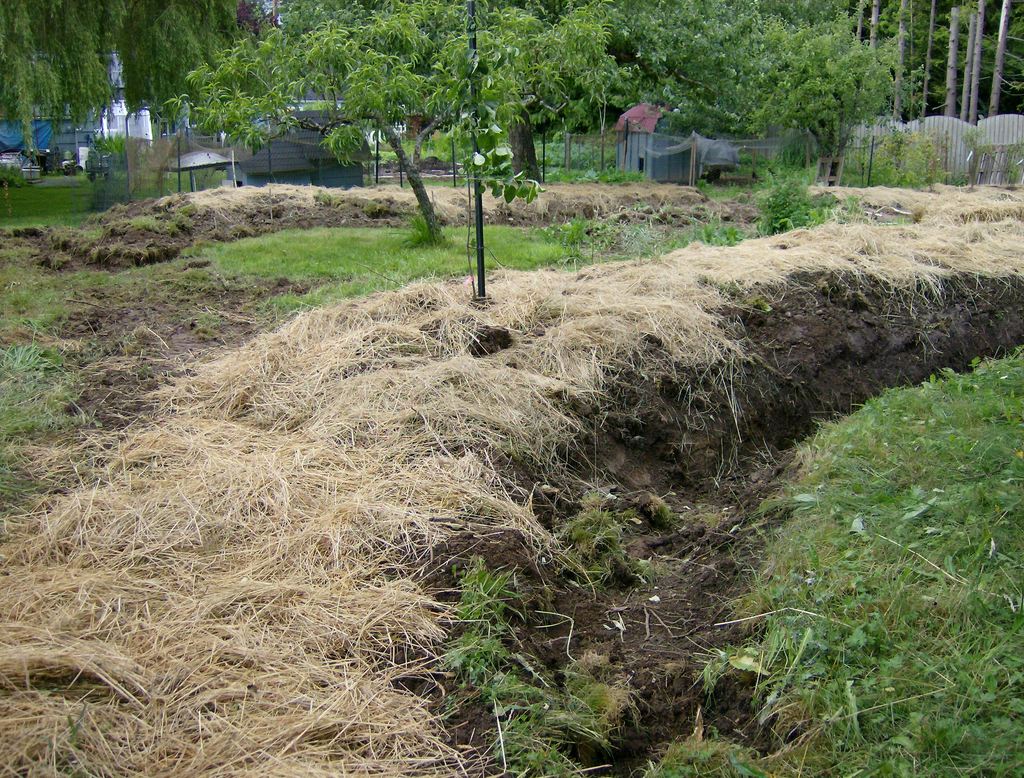 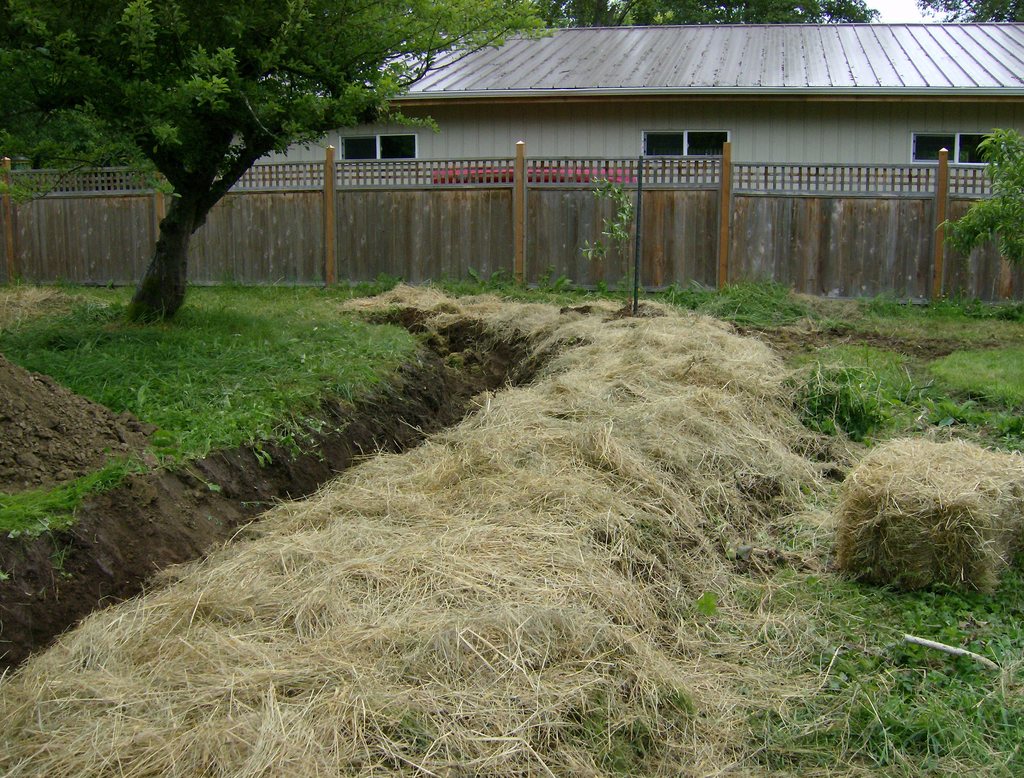 Swales would be an excellent system in a dryer climate where you want to maximize the water if it is scarce. Living here in the northwest where water is abundant, you might think swales would not be so useful. Some of the points I've outlined above show that there are many ways that swales can be of benefit in any climate.
(And remember last summer in this area? The 3 to 4 months in a row with no rain!!)

Versatility. The concept of swale systems is applicable to any size plot of land. From many acres to the smallest urban yard.

Though not about swales, I have learned a bit about succession planting. At first when Brian suggested that the berm part of the swales be planted in perennials - especially nitrogen fixers, trees and bushes - I was afraid that would take up too much of the space I envision for annual food plants and that they might cast shade on where the annual beds would be. But over time, listening to Brian explain, I began to understand the idea of succession planting and to think in terms of a series of stages using different plantings that protect and build the soil.... That we can plant things with the intention and expectation that they will serve a purpose and then be removed later to be replaced by other types of planting. This is still new to me so I need to study more.

Intimacy with and affection for the land. This might be the most cherished outcome of this project of swale making. Through every aspect of this project I've gotten to know our land in ways that make it come alive to me. Intamacy comes through working with it, struggling over it, being confused by the problems that crop up, physically toiling over it. Asking for outside help from others and engaging in community-building through the construction process....Touching, smelling and breathing the soil life. Imagining our future together...Making something of beauty with it....All the ways that you develop an intimate connection with someone or something, have been happening with the land in this swale making project. 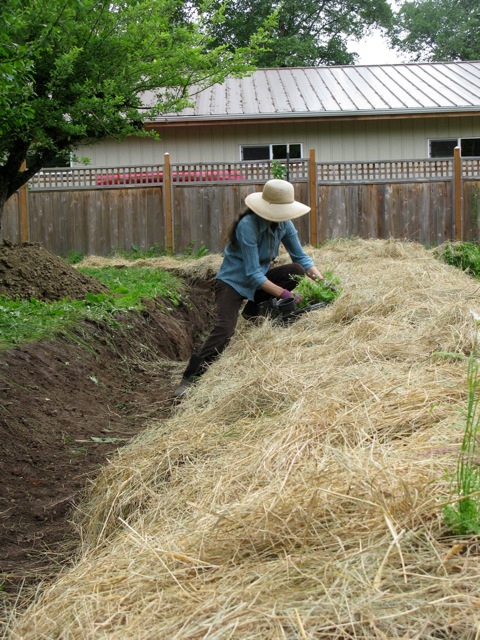 We plan to keep a photo journal of the swale system here through the seasons and over the coming years. We'll post updates here on Transition Whatcom occasionally.